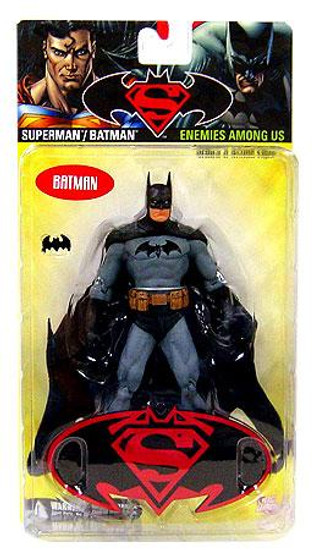 This singularly grim interpretation of Batman is clad in the black and grey costume with simplified bat emblem, utility belt, and a voluminous floor-length cape intricately textured to resemble a bats wing. Batman was faced with a more than casual threat when Despero used his influence to turn Superman against Batman.
dcsb6batman
761941268842
117573
In Stock
New