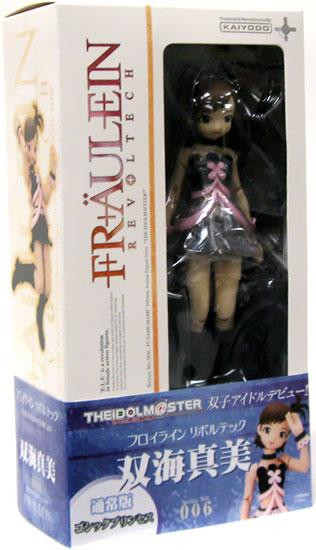 "FRALEIN REVOLTECH," is the name given to a new dimension of Revoltech completely devoted to female character created and sculpted by the brilliant Enoki Tomohide, using an innovative and newly developed joint/body system known as "E.L.F." "Rin Tohsaka" is a character from the Japanese visual novel and anime series Fate/Stay Night by TYPE-MOON. A model student and idol of Shiro's school, Rin is secretly a sorceress and Master in the Holy Grail War. "Fralein Revoltech Rin Tohsaka" is the second character/figure to be released as a part of "FRALEIN REVOLTECH" line.
futamimami006
4525296012040
118228
Out of Stock
New