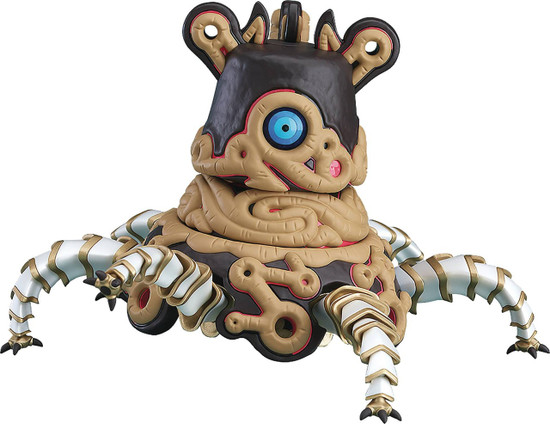 The Legend of Zelda

The Legend of Zelda

From "The Legend of Zelda: Breath of the Wild", comes a Nendoroid of one of the ancient machines created by the Sheikah - the Guardian! The Guardian's iconic eye can be moved around, and the head part can also be rotated 360 allowing you to faithfully recreate the movements from the game in Nendoroid size!

Optional parts include effect parts for the powerful beam attack as well as a translucent sheet to recreate the GAME OVER screen that many fans will remember seeing after facing the Guardian! In addition, an Ancient Bow is included to be used together with the separately sold Nendoroid Link: Breath of the Wild Ver.! Be sure to enjoy the cute Nendoroid sized version of the Guardian in your collection!