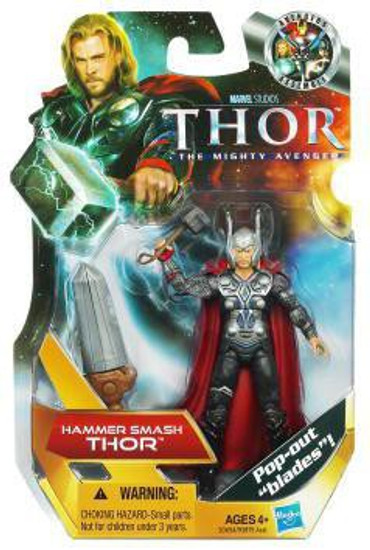 THOR is the sworn protector of Asgard, and the heir to its throne. Together with his companions a trio of mighty men known as the Warriors Three THOR defends Asgard from its enemies. They have learned to fear the rumbling of thunder, for it always precedes a blow from the mighty hammer of THOR.
Defeat the forces of evil wherever you and your Hammer Smash THOR figure find them. This fierce, mighty hero has proven himself on many fields of battle, and is always ready to defend Asgard against enemies. His hammer accessory can turn even more powerful by popping out the hidden blades! The battles you and your mighty THOR figure fight are sure to become legendary.
thormovies2hammerthor
653569595595
119482
In Stock
New