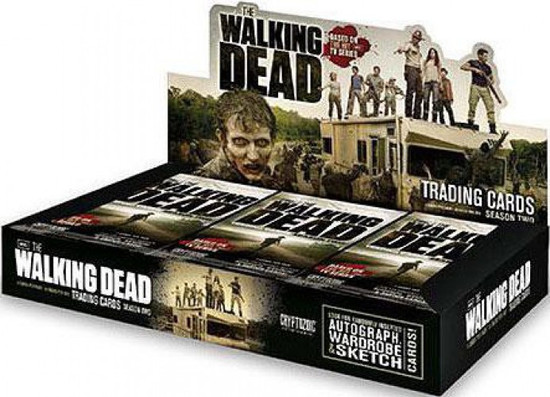 One of indie comics' greatest successes, Robert Kirkman's The Walking Dead, has become one of television's most compelling hours of television thanks to AMC's top-rated series. Cryptozoic's The Walking Dead Season Two Trading Cards offer both fans of the series and card collectors alike a diverse card series that will give collectors a chance to have their own piece of the show! Featuring authentic autograph cards, prop cards, and costume cards, fans will be able to trade and collect all of their favorite characters! 5 cards per pack, 24 packs per box.
walkingdeadcardsset2
815442013101
213260
In Stock
New