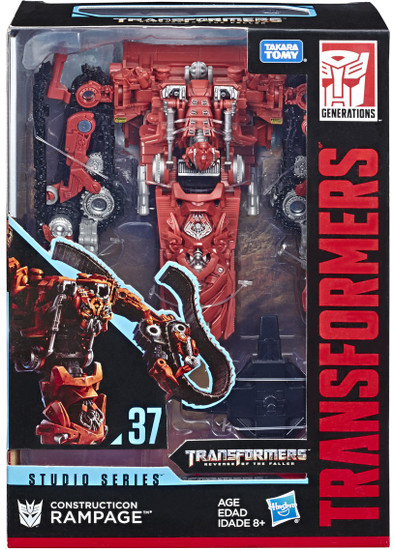 Reach past the big screen and build the ultimate Transformers collection with Studio Series figures (each sold separately), inspired by iconic movie scenes and designed with specs and details to reflect the Transformers movie universe.

In the Pyramid Desert Battle scene from Transformers: Revenge of the Fallen, Constructicon Rampage, the left foot of Devastator, lures Sam Witwicky into a trap to force him to give up the Matrix Of Leadership.