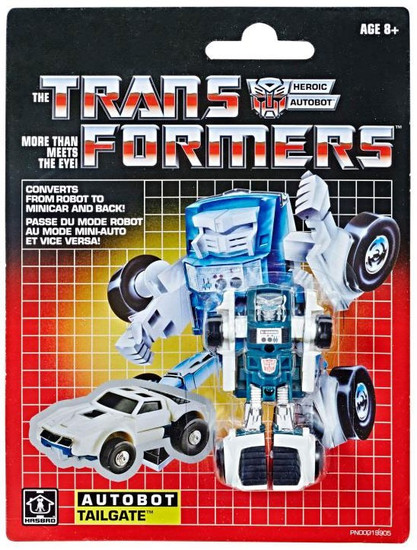 Start a new vintage Transformers collection with this G1 reissue Legion Class Tailgate figure!
Tailgate converts from robot to a minicar in 4 steps and features vintage decoration and sticker decals inspired by the original 1984 figure. The package is also G1 inspired with the original Tech Specs on the back.
Tailgate sometimes has his mind stuck in low gear, and believes the 55 mph speed limit is infringement on the rights of cars. Garages are prisons to him, and he doesn't understand that Earth machines are not alive. Using a ferrocobalt magnet hidden under his hood, he can be pulled by other vehicles, reducing his fuel use to near-zero because he is prone to overheating.
g1tailgate
630509689712
281754
In Stock
New