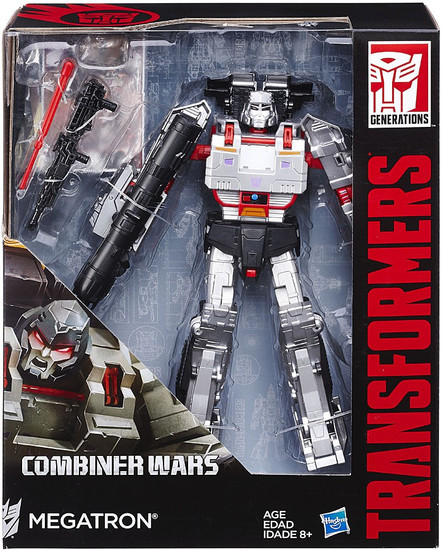 There was a time when the name of Megatron was honored by many across Cybertron. But power inevitably corrupts, and none are so powerful as mighty Megatron. Long ago, he forgot he was a hero, and became nothing more than a tyrant. The war he launched eventually drained his home planet of life. Not even the death of a world could sate his hunger for conquest. The war between Autobot and Decepticon rages on, and with Megatron leading the Decepticons, the action gets more intense all the time! This awesome Megatron figure is a massive force for evil in robot mode with an enormous blaster that will pummel any unsuspecting Autobot. But when it's time for some truly massive firepower, he converts to an enormous tank with a missile launcher! Get ready for a whole new generation of Transformers mayhem with this incredible Megatron figure! Transformers and all related characters are trademarks of Hasbro.
generationleadermegatron
630509274116
100965
Out of Stock
New