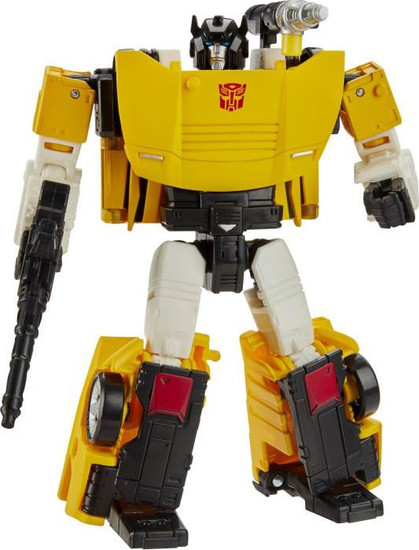 The fierce sentry, Tigertrack, is a force to be reckoned with, with his high speed, powerful weapons, and enhanced sensor tech. This WFC-GS18 Autobot Tigertrack figure features deco inspired by the 2013 Tokyo Toy Show release available only in Japan. This figure is Hasbro's first US release of a Tigertrack figure.

This Autobot Tigertrack figure converts from robot to sportscar mode in 16 steps and comes with a missile launcher and electron pulse blaster accessories. Attach the weapon accessories to the figure in robot and sportscar mode.
transformersgenerationsselectstigertrack
5010993776566
332419
Pre-Order
New