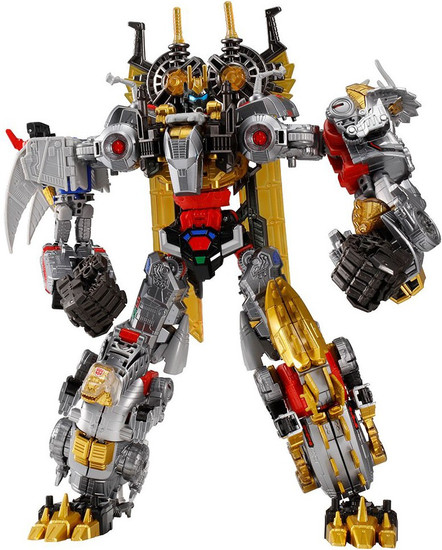 Authentic Takara Tomy Product as sold in Japan, with original packaging and Japanese-language instructions
The combined warrior Volcanicus is a giant robot created by combining five Dinobots, each Dinobot combines as arms and legs around the leader of the Dinobots: Grimlock
Includes: 5 Dinobot figures (Grimlock, Snarl, Sludge, Slug, Swoop) that combine to form Volcanicus figure
The Dinobots were released separately in the Power of the Primes series and now are re-released as a combined set with updated deco and new weapon accessories
Each Dinobot can convert from dinosaur mode to robot mode
Deco has been updated based on the animation
Includes 2 new giant magma blades weapon accessories that were not included in original releases, plus a new weapon for Grimlock to power up in a combined form.
volcanicusexclusive
342263
Pre-Order
New