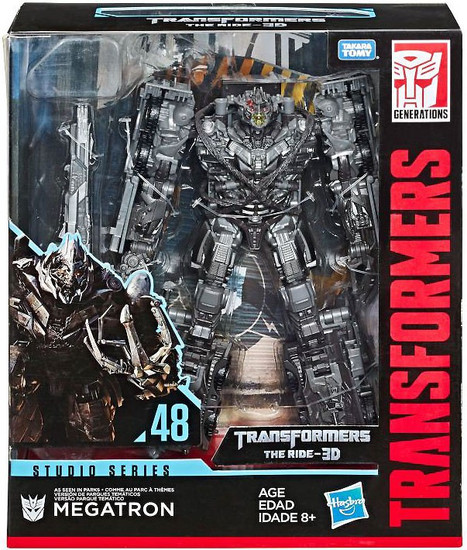 Reach past the big screen and build the ultimate Transformers collection with Studio Series figures, inspired by iconic scenes and designed with specs and details to reflect the Transformers entertainment universe.

This Studio Series 48 Leader Class As Seen In parks features vivid, Universal Studios theme park-inspired deco and converts from robot to truck mode in 30 steps. Remove backdrop to showcase As Seen In Parks Megatron in the Universal Studios theme park. Includes 2 detailed accessories. Remove backdrop to showcase Megatron from his scenes in Transformers: The Ride 3D. Includes detailed accessories, including a blaster and removable chains accessories modeled after the ones Megatron uses in the ride.
leadermegatronstudio
630509886036
339593
Pre-Order
New