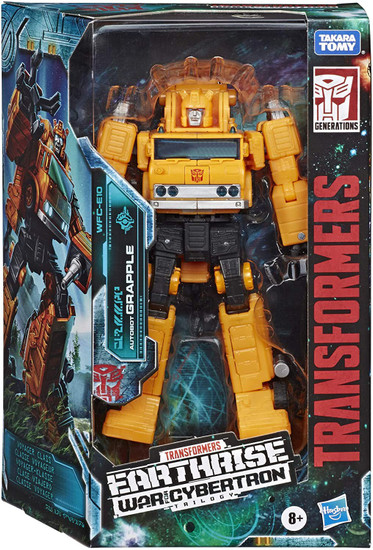 This ecosystem of collectible figures allows fans to build out epic space battle scenes! This Autobot Grapple toy features an A.I.R. Lock connection point on the truck mode crane that can attach to Modular Battle Stations to expand and customize the battlefield.