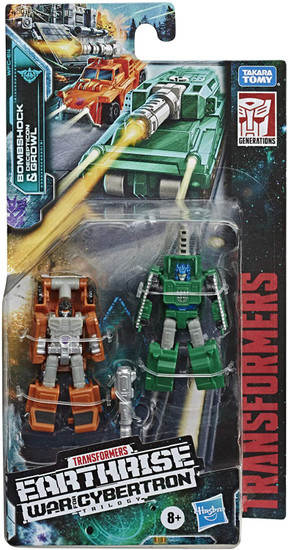 Micromaster figures Bombshock and Decepticon Growl convert into mini toy car modes in 6 and 5 steps. Figures are to scale with Modular Battle Stations and can ride along their connector tracks.

Transformers and all related characters are trademarks of Hasbro.
micromasteremilitarypatrol
5010993639700
313014
In Stock
New