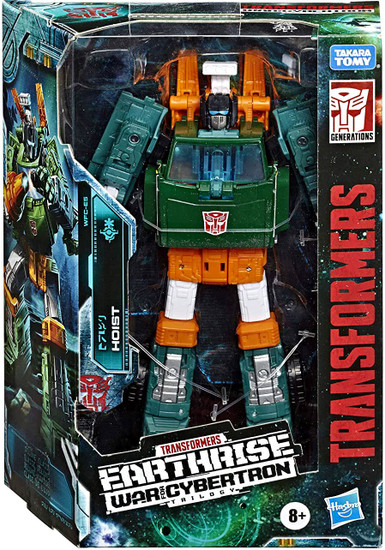 This ecosystem of collectible figures allows fans to build out epic space battle scenes! This Hoist toy features an A.I.R. Lock connection point on the truck mode ramp that can attach to Modular Battle Stations to expand and customize the battlefield.

Transformers and all related characters are trademarks of Hasbro.
tfwfcearthrisedlxhoist
5010993642731
313012
In Stock
New