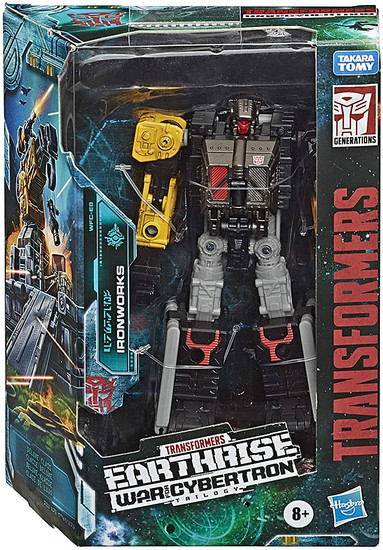 This ecosystem of collectible figures allows fans to build out epic space battle scenes! The Ironworks Modulator figure converts into a Modular Battle Station mode. The eccentric Autobot communications expert, Ironworks, disassembles in 10 steps and reassembles into Station mode in another 10 steps.

Disassembled parts can be used to armor up and modify other figures (Each sold separately. Subject to availability)

Ironworks does not include Hot Rod Patrol figures

Transformers and all related characters are trademarks of Hasbro.
tfwfcearthrisedlxironworks
5010993642793
313017
In Stock
New