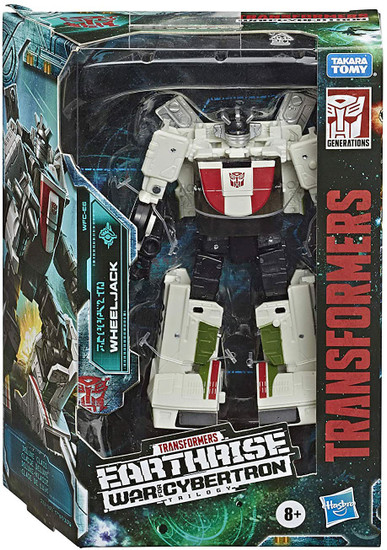 The inquisitive Autobot mechanical engineer, Wheeljack, converts into classic G1 car mode in 18 steps and comes with a weapon accessory.

Wheeljack does not include Soundbarrier figure

Transformers and all related characters are trademarks of Hasbro.
tfwfcearthrisedlxwheeljack
5010993642809
313016
In Stock
New