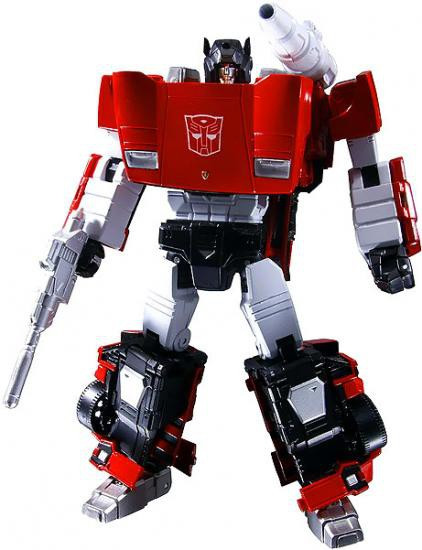 Sideswipes overwhelming combat prowess and casual disregard for fair practice rival those of his twin brother, Sunstreaker, while lacking the element of Sunstreakers vindictiveness. Sideswipes fearlessness fuels a compulsory headlong rush into any battle, and he is often wounded by his own excesses. His greatest source of pride is his rocket pack, which enables him to fly for up to 2 minutes. Sideswipes reflexes are drastically heightened by quantum reflex processors. His arms can be utilized as piledrivers, and he is capable of firing flares that are visible for 18 miles.
This item is officially licensed by Lamborghini.
mplambor
4904810459972
123191
Out of Stock
New