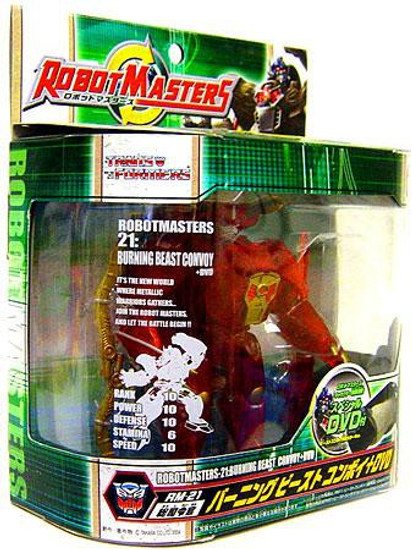 Pursuing Megatron into the mysterious "Blastizone," pre-transmetal Optimus Primal arrived on Earth in the early 21st century, where he joined forces with the original Optimus Prime (as both characters were named "Convoy" in Japan, Primal received the modifier of Beast Convoy to differentiate himself from this predecessor). Uniting their powers, Primal and Prime could create the "Double Convoy Tornado," later bolstered by the addition of Lio Convoy's power, creating the "Triple Convoy Tornado Link Attack."