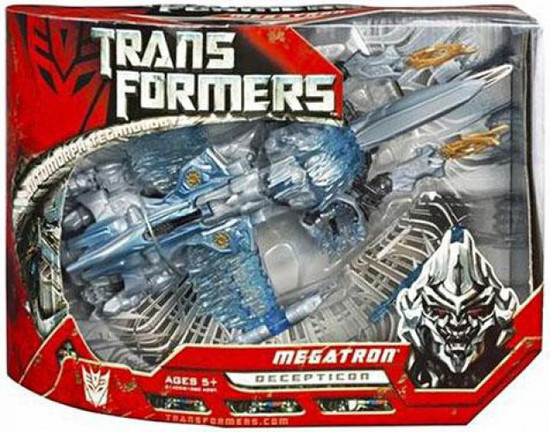 MEGATRON was made a monster. From the very day he first came online, his eye has been on a single goal the domination of the universe. More than any of the other TRANSFORMERS, he is a true robot knowing no pain, pleasure or passion except that which leads him towards his destiny. To him, other beings are simply tools to be used until they are broken. Those that serve him well and long may find themselves rewarded, but the moment they fail, they will be discarded. Lying frozen for centuries has left him only that much more determined. He will be victorious, and those in his way are little more than stepping stones on his path to conquest. Change this DECEPTICON figure from robot mode to CYBERTRON jet vehicle mode and back again! Chase down enemies with dual wings that snap into place in robot mode, and missiles that can be fired from either mode.
voyagermegatron
653569237662
129167
In Stock
New