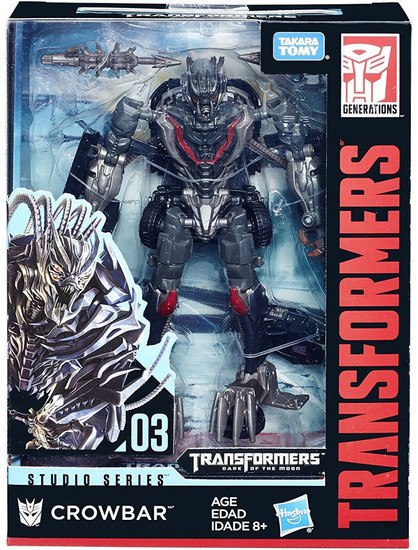 Approaching incognito as law enforcement, the Dreads convert into vicious destroyers in the High Speed Chase from Transformers: Dark of the Moon. Crowbar accelerates towards the Autobots to overtake them as they battle down the highway. With optics dead set on Sam Witwicky, he unleashes chaos until the explosive standoff against the Autobots.
This Studio Series 03 Deluxe Class Movie 3 Crowbar figure converts from robot to Chevy Suburban car mode in 20 steps and comes with 2 accessories. Remove backdrop from pack to showcase Crowbar in the High Speed Chase scene.
studiocrowbar
630509629039
255246
In Stock
New