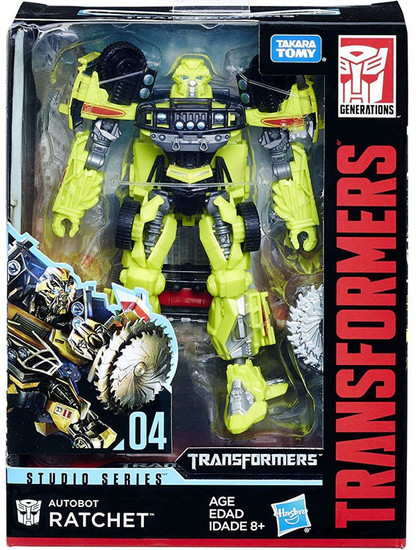 In the climactic Mission City Battle from Movie 1, Autobot Ratchet defends the Allspark with selfless dedication. From the vantage point of a mid-air flip, he slices down a Decepticon, then clears a path to victory as Sam Witwicky races to save the Allspark.
This Studio Series 04 Deluxe Class Movie 1 Autobot Ratchet figure converts between robot and vehicle modes in 18 steps and comes with a weapon accessory. Remove backdrop from pack to showcase the trusted Autobot medic in the Mission City Battle scene.
studioratchet
630509629022
255247
In Stock
New

Ratchet and Clank All 4 One Ratchet 8-Inch Plush