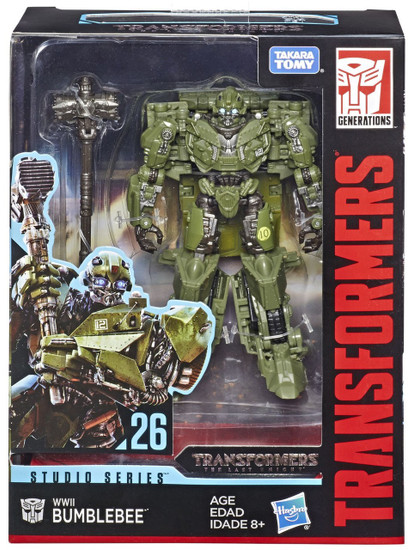 In the WWII Flashback scene from Transformers: The Last Knight, an combat-ready Bumblebee fights alongside soldiers as a powerful ally, unleashing war machine force on an enemy stronghold.
This Studio Series 26 Deluxe Class Transformers: The Last Knight WII Bumblebee figure converts from robot to tank mode in 25 steps. Remove backdrop to showcase WWII Bumblebee in the WWII Flashback scene. Figure features vivid, movie-inspired deco and includes detailed weapon accessories: a blaster and a hammer modeled after the weapons Bumblebee uses in the film.
studioww2bb
630509774227
282593
In Stock
New