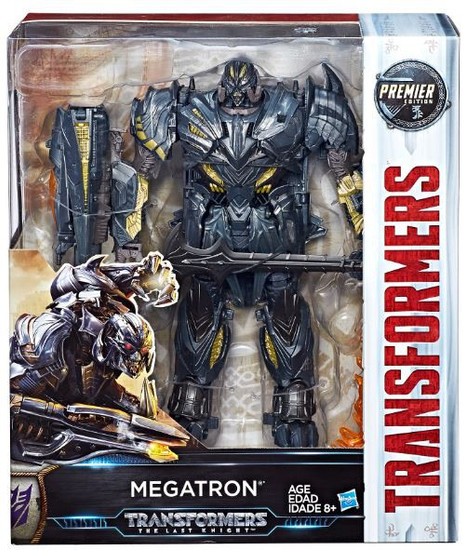 Transformers: The Last Knight Premier Edition Leader Class figures stand at a 9-inch-scale with eye-catching detail. Change this Leader Class Megatron figure between robot and jet modes in 30 steps. Premier Edition lineups include iconic movie characters so fans can join in epic Transformers action.
In the explosive Transformers: The Last Knight movie, new evil will rise in an epic struggle where the fate of Earth hangs in the balance. Megatron never wavers in his quest to restore the civilization that once thrived on Cybertron. As he returns once again, the Decepticon leader will stop at nothing until he has fulfilled his devious schemes, decimated all hope, and taken revenge on his ultimate nemesis, Optimus Prime.
Premier Edition Leader Class Megatron figure
Designed with eye-catching detail
Converts between robot and jet modes
Converts in 30 steps
Imagine charging into action with awesome weapons accessories.
mv5leadermega
630509516315
162667
In Stock
New