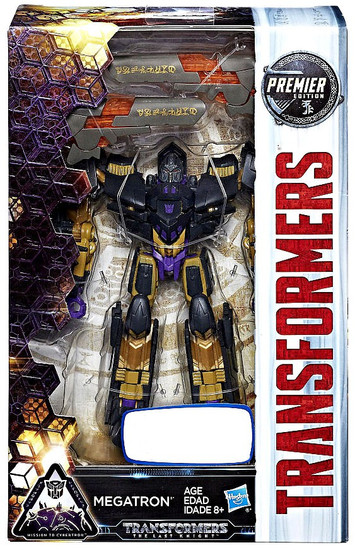 In the explosive Transformers: The Last Knight movie, new evil rises in an epic struggle for the fate of Earth. After damaging Cybertron with relentless battle, Megatron leads the Decepticons to wage war on Earth. With superior strategy and dominating strength, Megatron will stop at nothing to force his rule over Autobots and humans, alike.
mv5premmegatron
630509589685
166277
Out of Stock
New