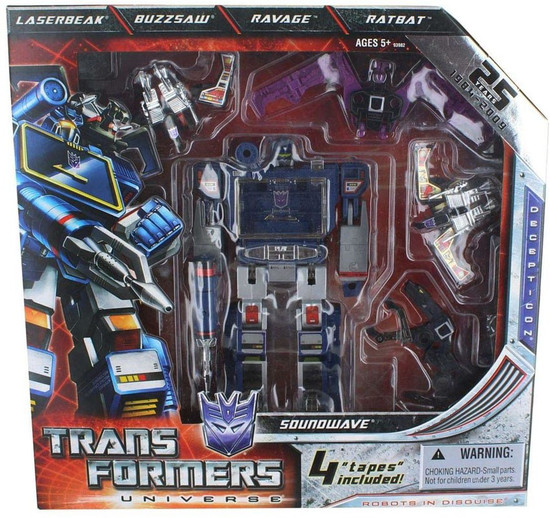 Comes with 4 Cassettes!
Out of Stock
(You save )

One of the most recognizable characters from the TRANSFORMERS brand lore, SOUNDWAVE is making a retro-comeback for San Diego Comic-Con in honor of the brand's 25th Anniversary. Hasbro is re-releasing the original 1984 edition of the figure that will include four of the SOUNDWAVE character's cassettes, two of which have not been released since the 80's. The cassette characters include BUZZSAW, LASERBEAK, RATBAT and RAVAGE. The four figures fully convert between robot and cassette mode and fit into SOUNDWAVE when in cassette mode.
sdccsoundwave
653569444572
237320
Out of Stock
New