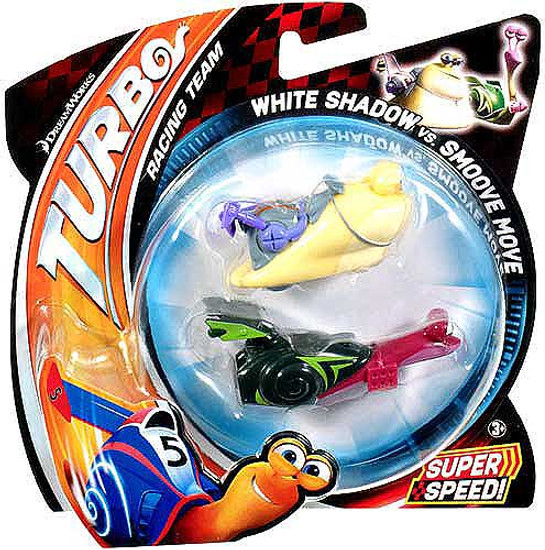 Kids can have two times the Turbo fun with a pair of speedy racers from the exciting new DreamWorks Animation movie!
Rev up the racing action with two-packs in the Turbo Shell Racers assortment (sold separately)! Each pack is a race right out of the box, with two kid-powered, palm-sized racers that surprise with their "Turbo speed"! Fans can collect all their favorite characters from the movie and watch them go, go, go! The assortment also features new snail racing friends such as fire engines, police cars, and construction vehicles.
Includes two racers with cool character details
Fun colors and deco add to the excitement
Kids can recreate racing scenes from the movie and invent their own adventures
Based on the thrilling story of an ordinary snail with big dreams of racing!
turbowhitesmoove
746775226985
77373
In Stock
New