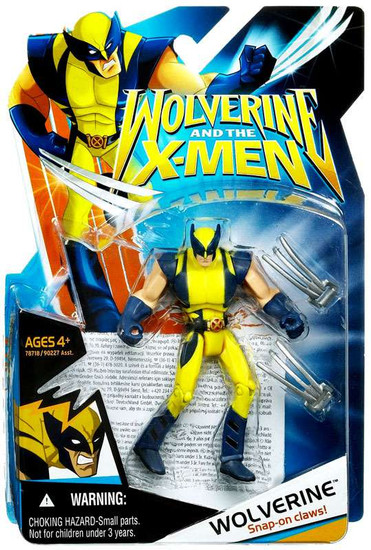 Wolverine prefers to work alone. When a cryptic message from the future thrusts him into leadership of the X-Men, however, he accepts the burden and fights to preserve Earth for man- and mutant-kind.

Grab this detailed Wolverine figure and prepare to get in on the action as you act out epic battles between mutants and those who hunt them! With snap-on claws, this Wolverine figure is an extra-tough opponent, but is he strong enough to win all of his battles? Thats up to you!
animawolverine
653569381372
117752
Out of Stock
New

Wolverine and the X-Men Iceman Action Figure [With Clothes]

Wolverine and the X-Men Iceman Action Figure [Clear, No Clothes]