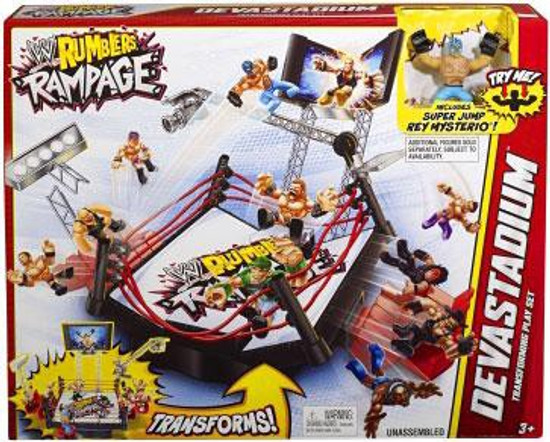 WWE RUMBLERS RAMPAGE DEVASTADIUM Play Set: Now, the Rumblers figures kids love have even more over-the-top WWE action than ever before! This play set allows kids to expand their Rumblers Rampage world with an equally over-the-top WWE arena environment. Figures can "punch" the moveable boom camera into the breakaway TitanTron, "throw" each other into the tiered stands and "jump" into the breakaway lights. When the set hits its breaking point, it collapses into chaos! Kids can reset it easily for multiple matches and hours of mayhem. Includes play set, 1 Rumblers Rampage figure with a fighting move and 1 launch point. Ages 3 and older.
wwedevastadium
746775183646
122073
Out of Stock
New