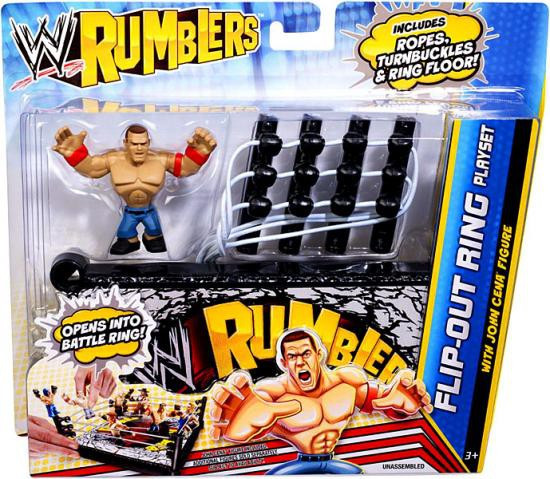 World Wrestling Entertainment Rumblers Figure with Accessory Playset: Bring home the officially licensed WWE action. Although these WWE figures may be small, they can rumble with the best of them. Each mini figure features small-scale Superstar styling and 4 points of articulation along with an accessory to re-create a key match or extreme moment from WWE. Launch from the spring-up ladder and through the breakable tables in the Ladder Match play set, or send your figure flying from the casket launcher and through the collapsing tomb in the Casket Match play set. Collect the entire Rumblers world to build your own battle. A must have for the ultimate WWE collector fan.
flipoutringcena
746775077945
206403
Out of Stock
New