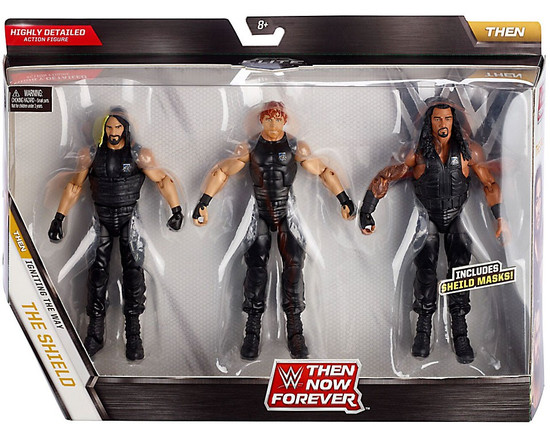 Debuting in fall 2012, The Shield, composed of Seth Rollins, Dean Ambrose and Roman Reigns dominated in six-man tag team matches and went undefeated for more than a year. Victorious in almost all of their efforts, this trio was a powerhouse, scoring major wins at both WrestleMania 29 and WrestleMania 30, defeating stawart teams. Each individual member of The Shied was phenomenal in his own right, gaining championships, however, as a unit, The Shield stands as a testament to teamwork, sacrifice and supreme commitment to WWE Fans.
wwethennowforshield
887961432411
149801
In Stock
New