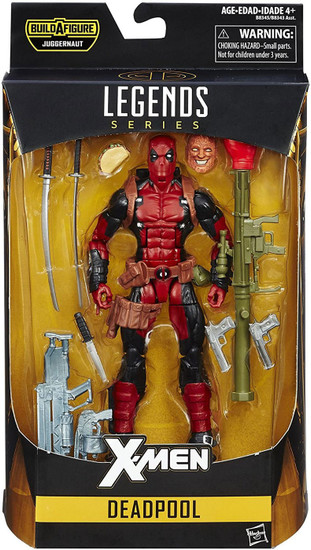 Build Juggernaut action figure with this X-Men Legends series!
Combined with impressive agility and stamina, Deadpools powers of self-healing make him nearly unstoppable in a fight.
With the Marvel Legends Series, both kid and adult Marvel fans can start a legendary collection of comic- and movie-based Marvel characters. This 6-inch Deadpool figure is highly articulated and features a comic-inspired design, making it another epic addition to the Marvel Legends Series.
mldeadpool
630509448814
133812
In Stock
New