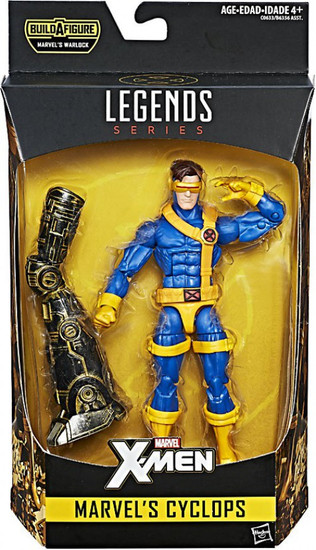 Scott Summers wears a specially designed visor and shoots beams of energy from his eyes as the optically-gifted hero, Cyclops.
With the Marvel Legends Series, both kid and adult Marvel fans can start a legendary collection of comic- and movie-based Marvel characters. This 6-inch Marvels Cyclops figure is highly articulated and features a comic-inspired design, making it another epic addition to the Marvel Legends Series.
Collect all figures in this assortment to build a Marvels Warlock Build-a-Figure! Additional figures sold separately. Subject to availability.
mlcyclops2
630509502240
155165
In Stock
New