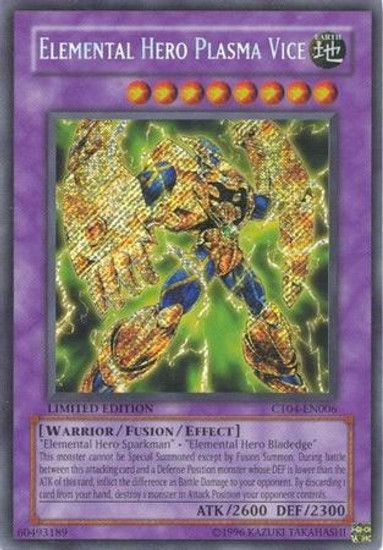 Warrior/Fusion/Effect LV8 ATK/2600 DEF/2300
"Elemental Hero Sparkman" + "Elemental Hero Bladedge"
This monster cannot be Special Summoned except by Fusion Summon. During battle between this attacking card and a Defense Position monster whose DEF is lower than the ATK of this card, inflict the difference as Battle Damage to your opponent. You can discard 1 card from your hand to destroy 1 Attack Position monster your opponent controls.
ct04en006
604966689134
196850
Out of Stock
New