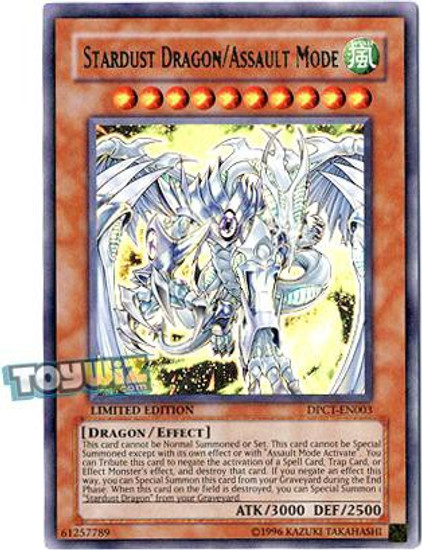 WIND/Dragon - Effect/10/3000/2500
This card cannot be Normal Summoned or Set. This card cannot be Special Summoned except by the effects of this card and "Assault Mode Activate". When the effect of a Spell, Trap, or Effect Monster Card is activated, you can Release this card to negate that activation and destroy it. During the End Phase of the turn in which this effect is used, you can Special Summon this card in your Graveyard that was Released and sent there in order to activate this effect. Also, when this card on the field is destroyed, you can Special Summon 1 "Stardust Dragon" in your Graveyard.
stardustassault
604966647820
198056
Out of Stock
New