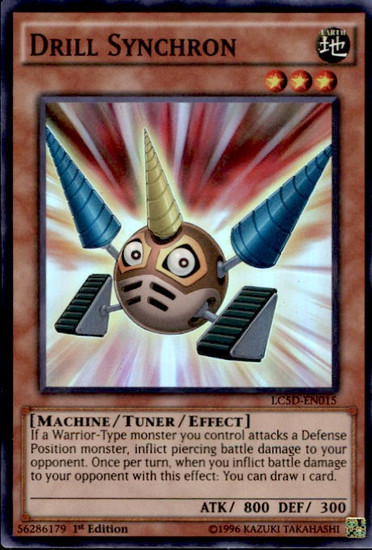 Earth. Machine/Tuner. 3. 800/300. While you control this face-up card, during each battle between a Warrior-Type attacking monster you control and a Defense Position monster whose DEF is lower than the ATK of the attacking monster, inflict the difference as Battle Damage to your opponent. Once per turn, when you inflict battle damage to your opponent with this effect, you can draw 1 card.
lc5den015
643690217190
225610
In Stock
New