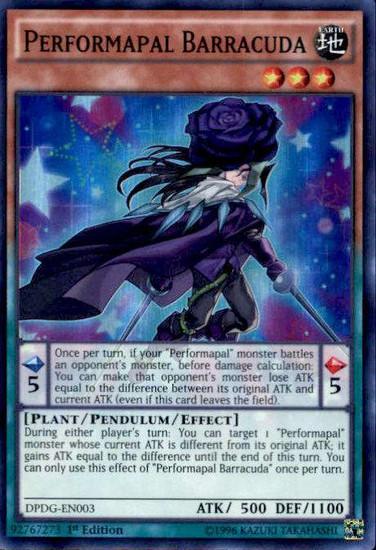 Earth. Plant/Pendulum/Effect. 3. Pendulum Effect. Once per turn, if your "Performapal" monster battles an opponent's monster, before damage calculation: You can make that opponent's monster lose ATK equal to the difference between its original ATK and current ATK (even if this card leaves the field). Monster Effect. During either player's turn: You can target 1 "Performapal" monster whose current ATK is different from its original ATK; it gains ATK equal to the difference until the end of this turn. You can only use this effect of "Performapal Barracuda" once per turn.
dpdgen003
640213921398
162194
In Stock
New