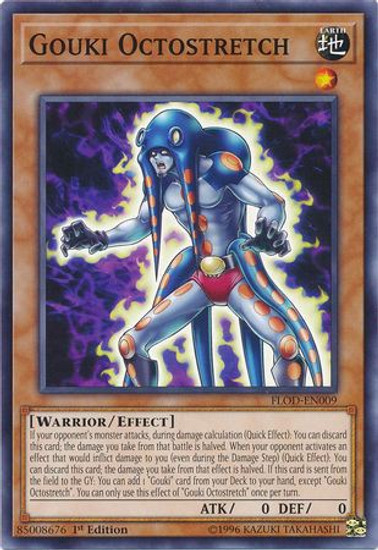 Earth. Warrior/Effect. 1. If your opponent's monster attacks, during damage calculation (Quick Effect): You can discard this card; any damage you take from that battle is halved. When your opponent activates an effect that would inflict damage to you (even during the Damage Step) (Quick Effect): You can discard this card; the damage you take from that effect is halved. If this card is sent from the field to the GY: You can add 1 "Gouki" card from your Deck to your hand, except "Gouki Octostretch". You can only use this effect of "Gouki Octostretch" once per turn.
floden009
606583869456
259804
Out of Stock
New