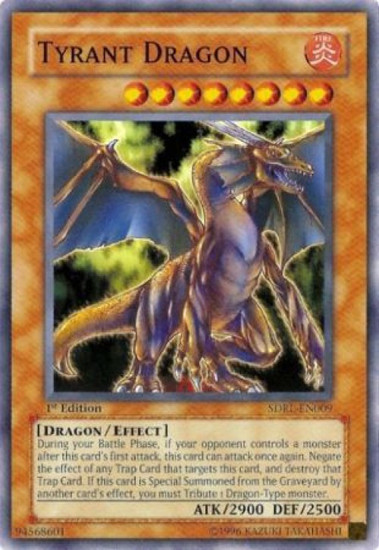 Dragon/Effect Level 8 ATK/2900 DEF/2500
When there is a monster on your opponent's side of the field after the first attack of your Battle Phase, this monster can attack once again during the same Battle Phase. In addition, negate the effect of a Trap Card that specifically designates this card as a target and destroy it. If this monster is Special Summoned from the Graveyard, you must offer 1 Dragon-Type monster on your side of the field as a Tribute.
sdrlen009
604966669822
193313
Out of Stock
New