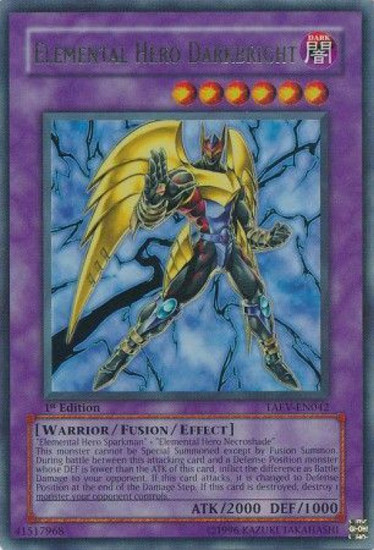 We do not differentiate between 1st Edition and Unlimited Edition.
$5.99
(You save )

"Elemental Hero Sparkman" + "Elemental Hero Necroshade"
This monster cannot be Special Summoned except by Fusion Summon. During battle between this attacking card and a Defense Position monster whose DEF is lower than the ATK of this card, inflict the difference as Battle Damage to your opponent. If this card attacks, it is changed to Defense Position at the end of the Damage Step. If this card is destroyed, destroy 1 monster your opponent controls.
taeven042
604966684269
192643
Out of Stock
New