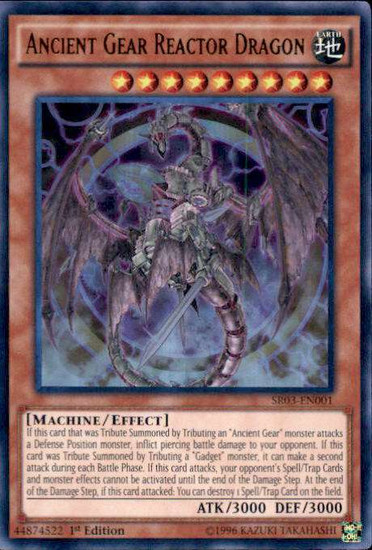 Earth. Machine/Effect. 9. If this card that was Tribute Summoned by Tributing an "Ancient Gear" monster attacks a Defense Position monster, inflict piercing battle damage to your opponent. If this card was Tribute Summoned by Tributing a "Gadget" monster, it can make a second attack during each Battle Phase. If this card attacks, your opponent's Spell/Trap Cards and monster effects cannot be activated until the end of the Damage Step. At the end of the Damage Step, if this card attacked: You can destroy 1 Spell/Trap Card on the field.
sr03en001
604966638439
157583
Out of Stock
New