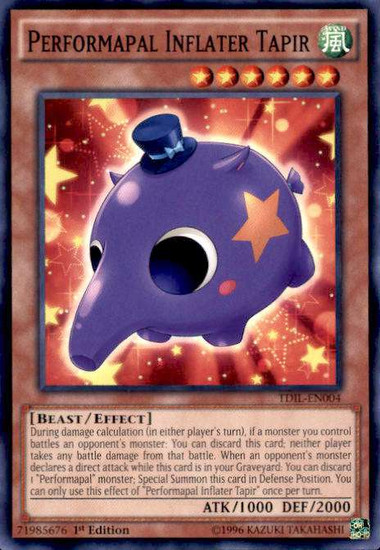 Wind. Beast/Effect. 6. During damage calculation (in either player's turn), if a monster you control battles an opponent's monster: You can discard this card; neither player takes any battle damage from that battle. When an opponent's monster declares a direct attack while this card is in your Graveyard: You can discard 1 "Performapal" monster; Special Summon this card in Defense Position. You can only use this effect of "Performapal Inflater Tapir" once per turn.
tdilen004
643690286226
138491
In Stock
New