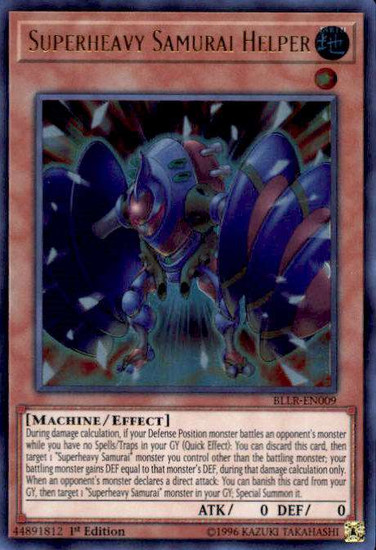 Earth. Machine/Effect. 1. During damage calculation, if your Defense Position monster battles an opponent's monster while you have no Spells/Traps in your GY (Quick Effect): You can discard this card, then target 1 "Superheavy Samurai" monster you control other than the battling monster; your battling monster gains DEF equal to that monster's DEF, during that damage calculation only. When an opponent's monster declares a direct attack: You can banish this card from your GY, then target 1 "Superheavy Samurai" monster in your GY; Special Summon it.
bllren009
604966609002
166142
In Stock
New