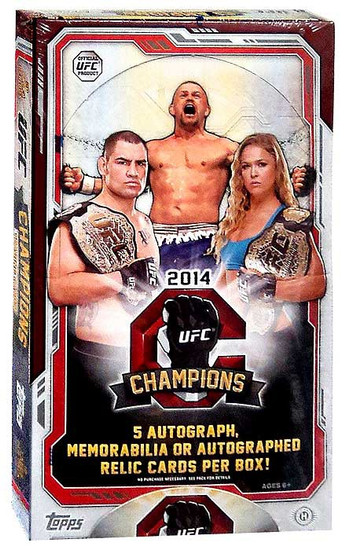 Making its octagon debut in 2014, UFC Champions highlights current champions, legendary fighters from the past 20 years, new rising stars, and future title contenders. Each Hobby Box has 20 packs and 5 hits, containing a mix of relic, autographed, and autographed relic cards. The 200-card base set includes UFC fighters from the past and present, including current champions, past title-holders, future contenders, and newly-debuting fighters. Insert cards include Octagon Greats and Fight Night Highlights. 10 cards per pack, 20 packs per box
2014ufcchmpbox
887521023042
93053
Out of Stock
New