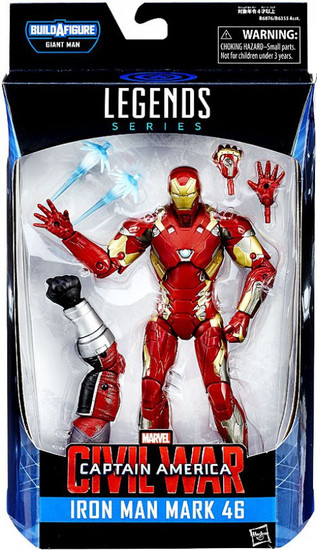 Build Giant Man action figure! Iron Man takes off into battle with indestructible armor and first-in-class combat technology. With the Marvel Legends Series, both kid and adult Marvel fans can start a legendary collection of comic- and movie-based Marvel characters. This 6-inch Iron Man Mark 46 figure is highly articulated and features a comic-inspired design, making it another epic addition to the Marvel Legends Series.
ironmanmark46
630509401949
115646
Out of Stock
New