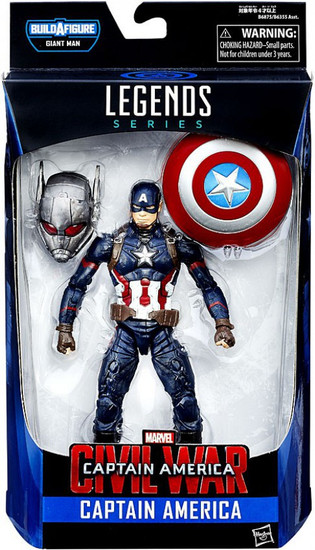 Build Giant Man action figure! An ally to justice, Captain America charges into the battle with his shield at the ready.
With the Marvel Legends Series, both kid and adult Marvel fans can start a legendary collection of comic- and movie-based Marvel characters. This 6-inch Captain America figure is highly articulated and features a comic-inspired design, making it another epic addition to the Marvel Legends Series.
captainamericagiantman
630509401802
115647
Out of Stock
New