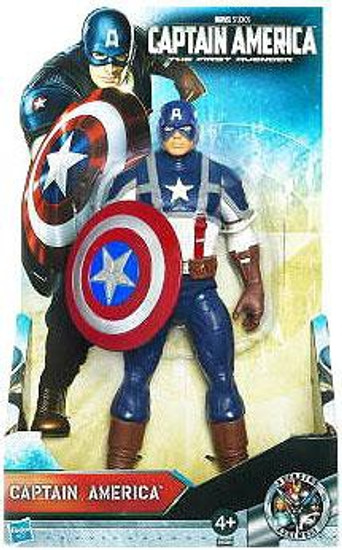 Red-, white- and blue-wearing hero figure wields a shield to defend the forces of justice!
The ultimate hero is here to save the day! When evil threatens the world, Captain America is there with his indestructible shield and peerless fighting skills. Not even the armed might of an entire nation bent on world conquest can stand against him!
Your highly detailed Captain America figure is ready to take on whatever evil forces come his way! Help your fierce fighter wield his shield against his enemies, defend himself from attacks and strike back with speed and power. Even when you're surrounded, you and your Captain America figure can battle your way to victory!
capmovieherofigure
653569596738
219851
In Stock
New