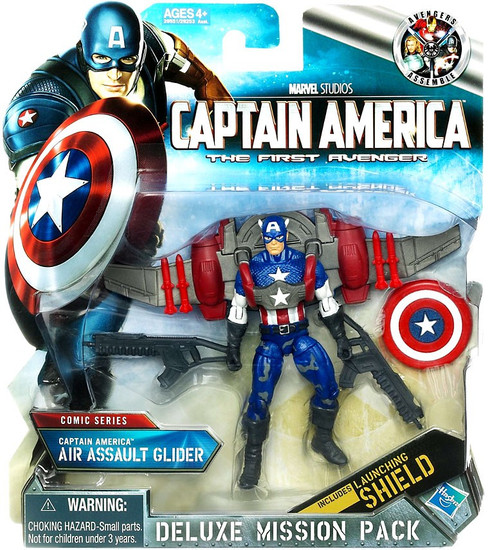 Airborne enemies are no match for CAPTAIN AMERICA! Tearing through the skies with his awesome jet pack, CAPTAIN AMERICA uses his legendary shield to blast enemies on the ground below. A pioneer for freedom, he is prepared to vanquish any threat to the world.
Your CAPTAIN AMERICA Air Assault Glider figure is ready to take on whatever evil forces come his way! Help your fierce fighter swoop in on unsuspecting villains with his jet pack. When enemies are in sight, use his power shield launcher and detachable wing blasters to get their attention. Even when youre surrounded, you and your CAPTAIN AMERICA Air Assault Glider figure can leap into victory!
Figure comes with power shield launcher and detachable wing blasters.
capmoviedeluxejetpack
653569597384
119404
Out of Stock
New