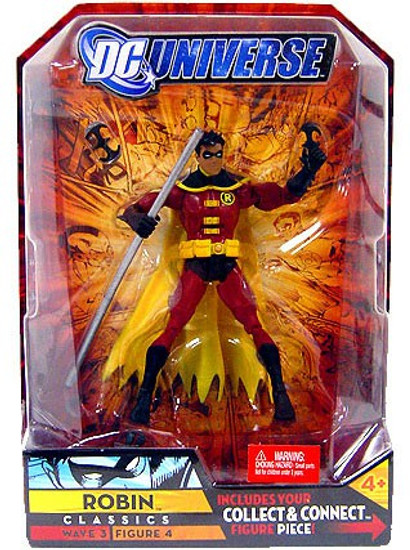 Robin is clad in a predominantly red costume complete with a bulky utility belt and black/yellow-lined cape. Robin is armed with a staff of some type. Robins crime fighting prowess is derived from a mixture of natural acrobatics and the highly disciplined teachings of Batman.
Each figure will contain a Build-A-Figure piece of Solomon Grundy. This is probably one of the best ideas for a Build-A-Figure. Solomon Grundy is a monstrous, ashy-skinned, manlike creature clad in a tattered black suit approximately seventeen sizes too small. Presented in varying stages of intellect, Grundy is consistently a savage, durable adversary frequently pitted against the likes of Green Lantern and Superman.
dcclassics3robin
027084596212
117461
Out of Stock
New