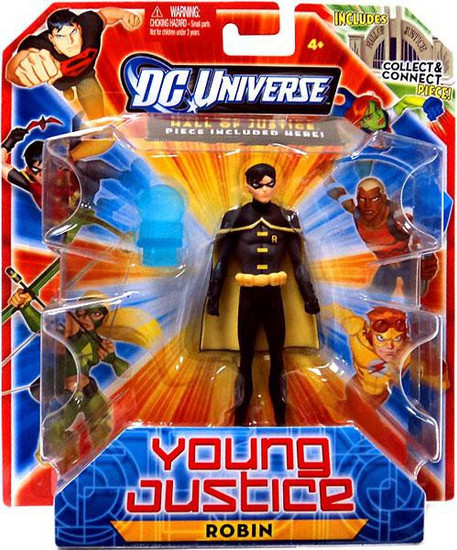 DC Universe Young Justice Figure Collection: Based on Cartoon Networks hit new animated series, Young Justice. Young Justice is an animated series featuring a group of teenage superheroes who are members of a covert team and aspire to be members of the Justice League. This collection of highly detailed, 4.25" figures includes the most popular characters from the Warner Bros. series. Like the other DC Universe collector figures, the DC Universe Young Justice figures are sculpted and designed by the prestigious Four Horsemen Studios. Each figure includes a piece of the Collect-and-Connect Hall of Justice, which will give fans a great new way to display their collections. Released in three waves of four figures, a total of 12 figures will be available for fall 2011. Collect them all!!
youngjusticerobin
746775034375
129449
In Stock
New