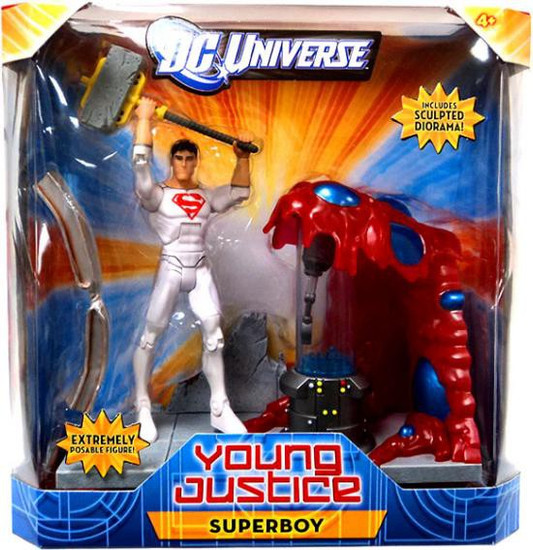 DC Universe Young Justice 6" Figure Collection: Based on and styled after Warner Bros. hit animated series, Young Justice that premiers on Cartoon Network. Young Justice is an animated series featuring a group of teenage superheroes who are members of a covert team and aspire to be members of the Justice League. Highly detailed and articulated, these 6" scale figures are styled after popular characters in the show. Each figure will come with a dynamic display stand inspired by a scene from the animated series. Additionally, each figure includes the most accessories ever delivered across any Mattel DC Universe brand, giving fans endless possibilities for display. This collection is also sculpted and designed with animated styling by the prestigious Four Horsemen Studios, building upon the award-winning world of 6 DC Universe Classics figures. Includes one 6" figure, display stand and accessories. Collect them all.
superboyyoung
746775075842
120899
In Stock
New